It’s Bridget Bell and with the Hot Rod and Street Machine Spectacular on this weekend and International Volunteer Day coming up on the 5th of December, I thought it might be nice to feature one of the volunteers that has been working with the committee for over a decade and owner of Armadale Auto Parts, Alan Smart.

How did you become involved with the WA Hot Rod Show?

“I first attended the Hot Rod Show in 1997 or 1998, it was the second or third one at Claremont. The first time I entered the car into a show would have been either 2002 or 2003 at Burswood. I had the shop for a couple of years before I did my first trade stand at the show.”

“I attended the Hot Rod Show as a trader for two years just ringing up and saying ‘can I book a trade stand?’.” 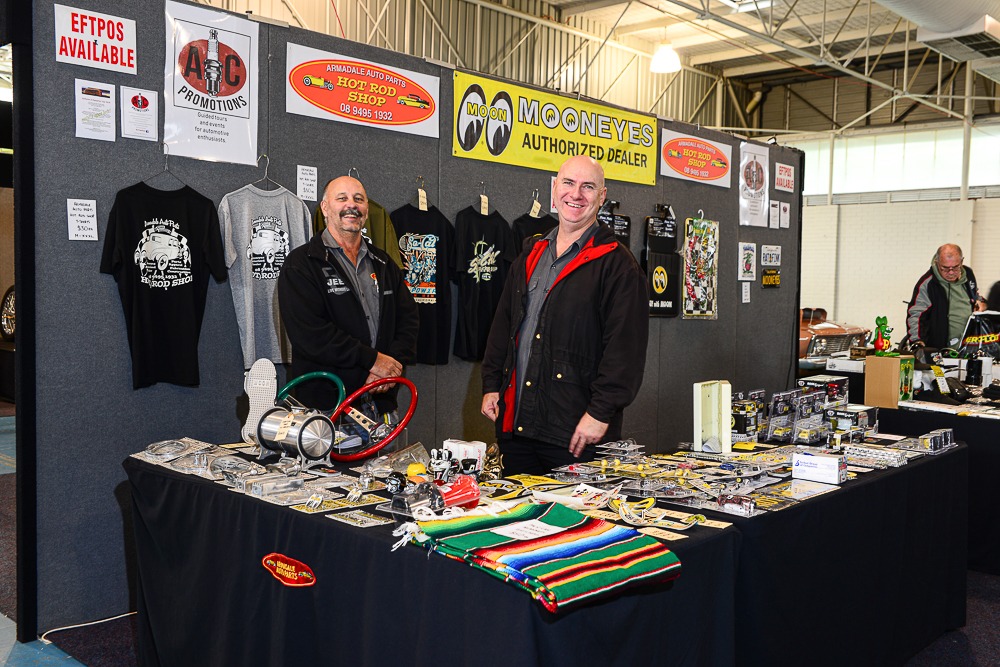 “In the third year there were a lot of issues and the committee was really struggling. I had a very late night, until midnight setting up my trade stand. But we persevered and got through it. Rather than having a big whinge like most people did, I just said to Les Smith on Sunday ‘Do you need a hand?’ myself, Chris Bitmead and the guys.”

“We thought rather than just sticking the slippers in we’d lend a hand. That must have been 12 years ago now.”

You’ve just returned from SEMA in the US – What did you learn and do you have any inspiration to bring back to our own Hot Rod Show?

The first time I went to SEMA was in 2011, the first time you go, it is so hard to take everything in. I was only there for two days, so we were literally running to see everything. I went back in 2012 and I had a little bit more of an idea.”

“There is a lot to take in because there is everything. There’s cool cars, there’s famous people, all the products you want to see, all the builds, there is a lot going on.”

“There’s stuff there that you wouldn’t normally stop to look at, there’s lots of lifted trucks, it’s not just hot rods and street machines and nothing is standard, so when you do see a Ferrari, a Lamborghini or a gull-wing Mercedes its modified. And then you’re staring at something for a while before you realise its a Kia Stinger! Because they’re all so highly modified and you’re not used to seeing a Stinger air-bagged with a nice paint job.”

“The remarkable thing is how much money the Americans will spend, people here will spend 100,000 dollars on their car and it’s a lot of money. I was speaking with Dave from Galpin Ford (they do a lot of Ed Roth restorations) and he’d just completed a re-paint on an F100, no body work, no rust repairs, just pull it apart, rub it back, paint it, put it back together for 70,000 USD.” 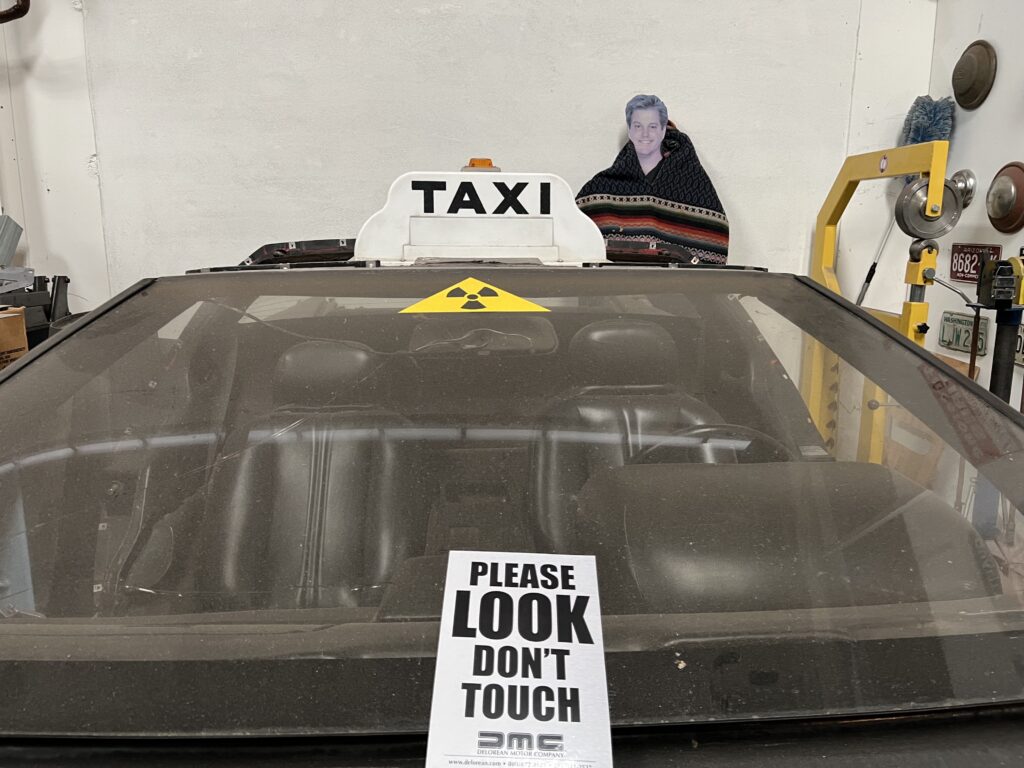 “There is a full off-roading and camping section, bigger than any you can think of here and it’s all inside! There’s a tyre hall (there’s lots of tyres), the National Tyre Convention is held at SEMA, so down the back there’s guys selling forklift tyres, off road tyres, truck tyres and there’s a guy sat at the trade stand and he’s booked appointments with clients. So that’s what they do, you go and meet with someone, they’ll buy you something to eat and a beer, and talk about what you want to order. The companies bring the products and you go there to see them and talk about what they’ve got.”

“We allocated the full four days, because we didn’t know what pace the guys were going to move around at. There is no point trying to keep the group together, it’d be like herding cats. We’d have breakfast together and talk about all the weird stuff we’d seen and then we would meet back at the hotel at 6pm to go for dinner. I was doing 15 or 16 kilometres a day at SEMA.”

“At the Hot Rod Show there are 180-190 vehicles, then compare that with the Grand National Roadster Show with 5 pavilions and 700 cars all inside.”

“This year at the Hot Rod Show they are mixing it up a bit, to have a bit more of a SEMA feel.”

Who did you travel to SEMA with and how did that trip come about?

“We first did the car tour thing back in 2010. Eight of us went, we put together all this fun stuff to do, but I’ve been eight or nine times since.”

“In 2018 a friend from over East was doing these tours. The people we spoke to said that the tours were really good, because everything was organised. Then it was suggested that we should do the same thing, because we knew everyone already.”

“So that’s what we did, we started putting it together and we talked to my friend that was running the tours and he said he didn’t want to do it any more, so he gave us his framework.”

“We did our first tour in 2019 as AC Promotions and it went really well, we went again in January 2020 and then again earlier this year. We travelled in August to Good Guys Rod and Custom and now we’ve just returned from SEMA.” 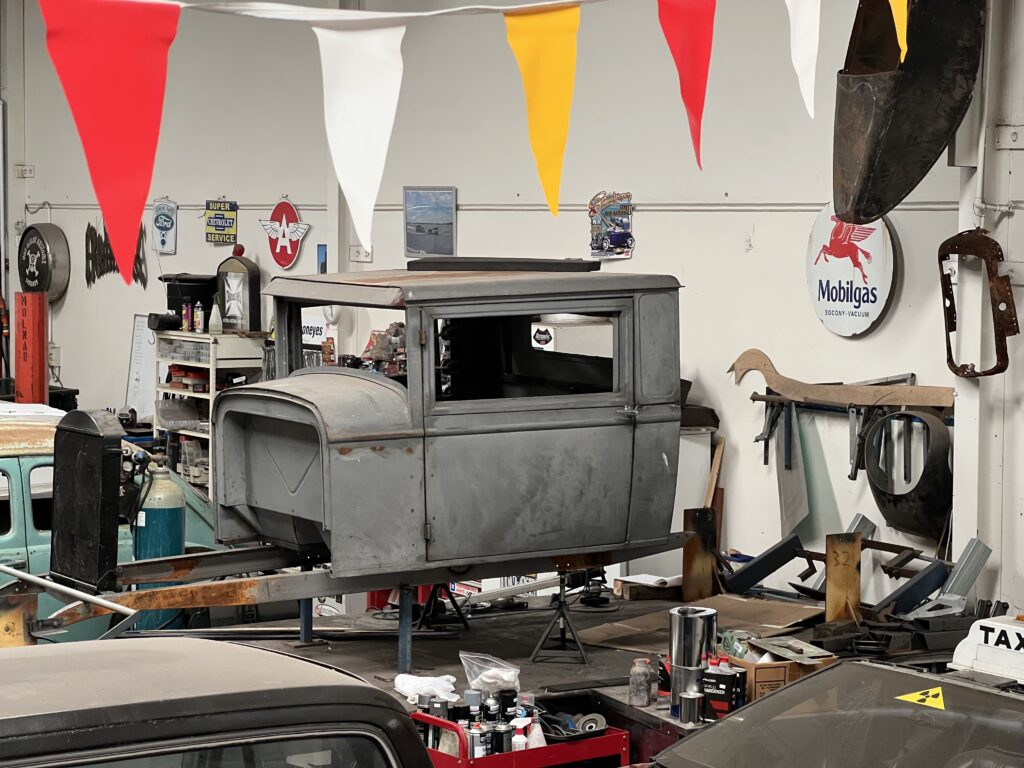 What came first for you, the passion or the Shop?

“I’ve been into cars pretty much my whole life. Even before I got my licence. My Dad wasn’t really a car guy, but my friend’s Dads were. I remember as a 13 or 14 year old, there was a guy across the road who was building a Hot Rod and XY Falcons.” Alan explains what ignited his interest in cars.

“My friends and I were getting stuck in watching ZZ Top Eliminator and all that kind of stuff. Back then we of course couldn’t afford Hot Rods, but we could afford early Holdens and Falcons. Really what I did was turn my hobby and passion…”

“My wife says to me ‘if you were still tiling, you’d still be earning money,’ I know” Alan laments “but it’s no fun”.

“Sixteen years ago my doctor said ‘you’ve got two bad knees and your profession isn’t really designed for this. You need to find something else to do.”

“I wasn’t even looking for a parts shop when it came up in 2005, but I went ‘oh, that’ll be a good idea, I’ll have employees, I’ll get time off’” Alan reflects on his naivety going into an owner operator business.

“When we bought Armadale Auto Parts, it was just like a normal regular parts shop but an independent. You know, with filters, oils, gaskets and paint, stuff like that. We added the hot rod parts and the popularity of it just kept increasing while the other easily obtained items declined. When we first bought the shop, there was only us and one other.” He went on to give a comprehensive list of competitors that now service the industry.

“And they’re all within five kilometres. We find that what we are really recognised for is the hot rod parts and paint. At one stage there was four of us working full-time, now it’s just Craig, full-time in the workshop and I bounce between retail, parts and the workshop.” 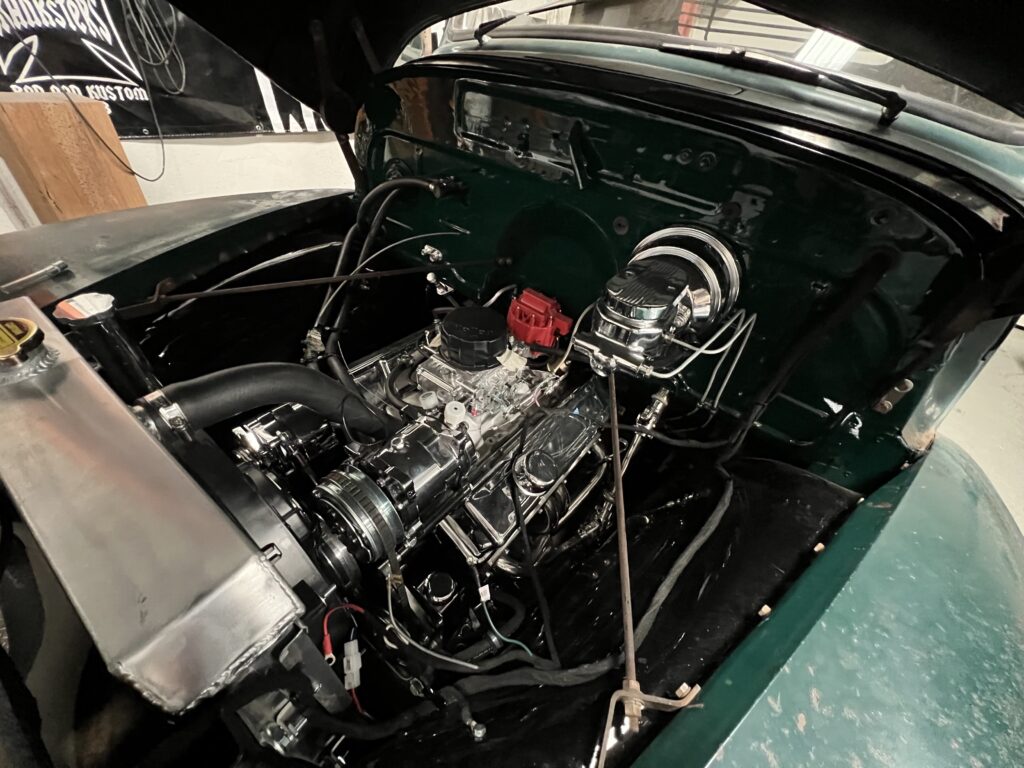 “I feel like the hot rod industry has really grown in the last fourteen or fifteen years. Our customers know they can buy on-line, but many have worked out over the years that the parts ordered don’t always come as described. Unless they know exactly what they’re buying. Often if they buy the wrong part, they’ll come in to ask advice. That’s probably where we differ, because we are building the cars, they know they can ask ‘is this going to work?’ or ‘what else do I need?’.”